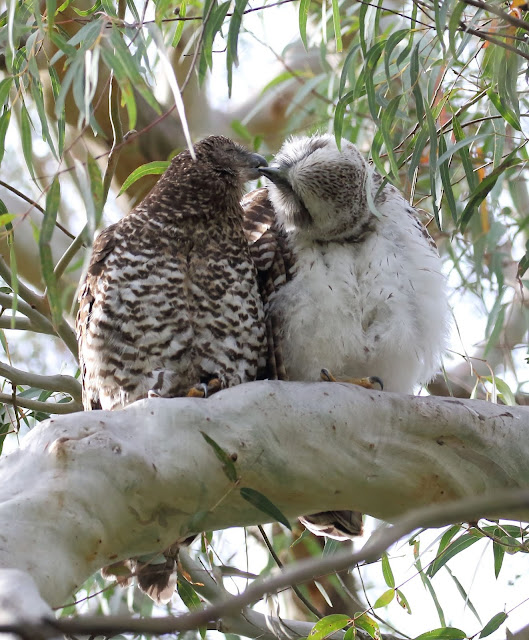 please read the article with: birdlife on getting rat poison out of the bird food chain

And have your say by making a submission

Wonderfully saw a powerful owl at Sydney's Royal Botanical Gardens to remind me that it is once again the national bird count week - seek more info via birdlife. An important research aid in evaluating the changes in our natural world. 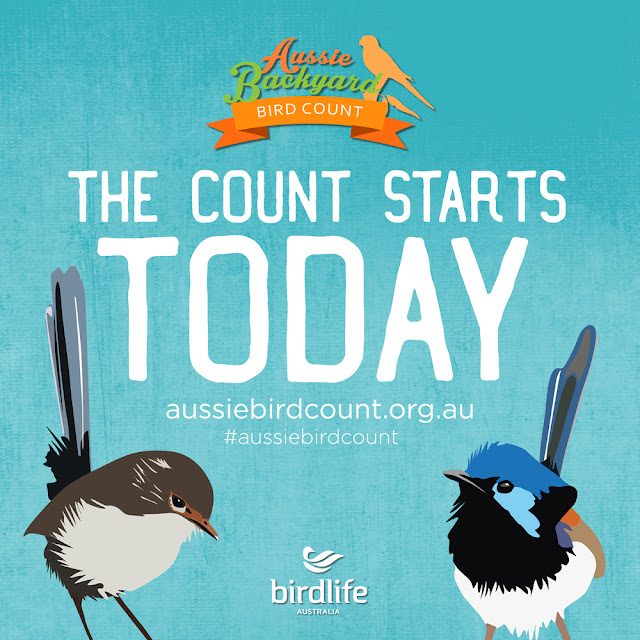 To find out more about how to count, where to count and why we are counting head over to the Frequently Asked Questions page. Or to start submitting counts straight away, download the free Aussie Bird Count app or use the online web form.
Posted by swinkie at 21.10.18 No comments: 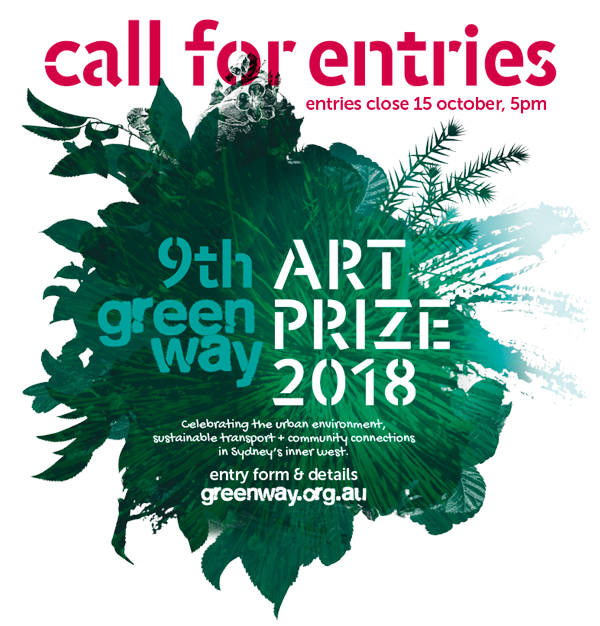 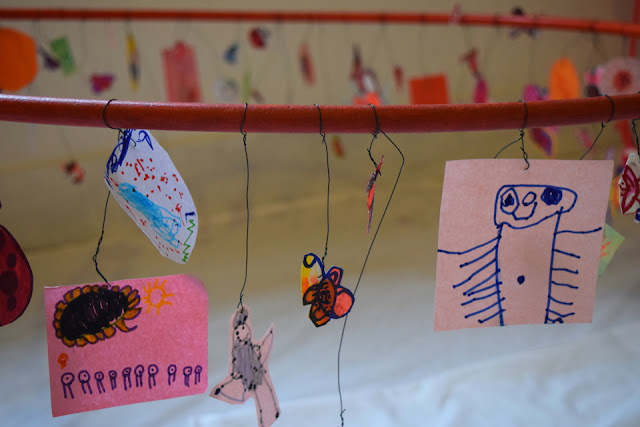 The Red Project at The Coal Loader Centre of Sustainability in Waverton is going to be huge... here is a sneaky peak preview of an exhibition of pollinators made by my younger friends within the Coal Loader tunnel 1 during the first half of March.

for details of exhibition and upcoming events.. check here
Posted by swinkie at 13.2.18 No comments: 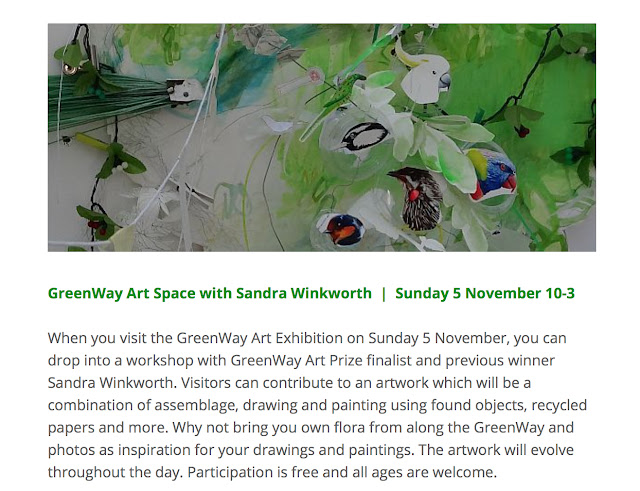 Here is a website about choosing to refuse "single-use" plastic and they have a challenge:  Plastic Free July 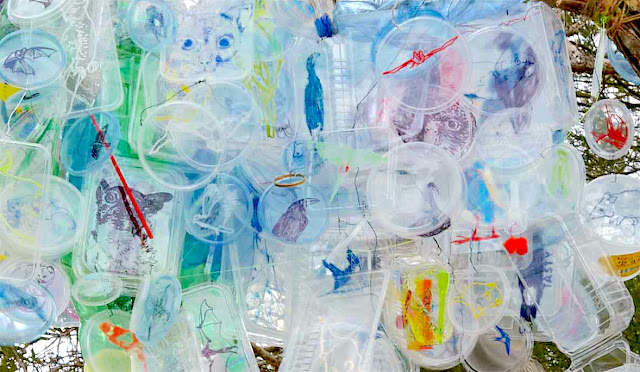 This is something I aim for but since my art practice is about our consumption with plastic I now collect and "hoard" it for various installations... oh dear dilemma

PS. I believe ultimately in NO PLASTIC use (excluding the new bioplastics...not to be confused with "biodegradable plastics" that are still harmful petrochemical-based )
Posted by swinkie at 27.6.17 No comments: 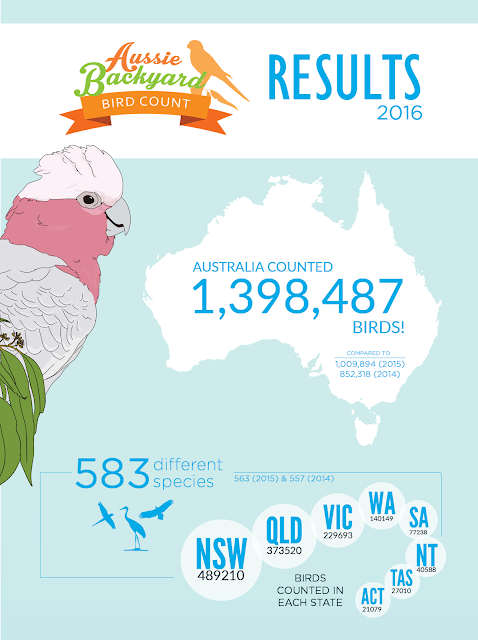 The A - Z of Sustainable Living
view here at 1millionwomen.com.au
Posted by swinkie at 15.8.16 No comments:

Email ThisBlogThis!Share to TwitterShare to FacebookShare to Pinterest
Labels: greenways 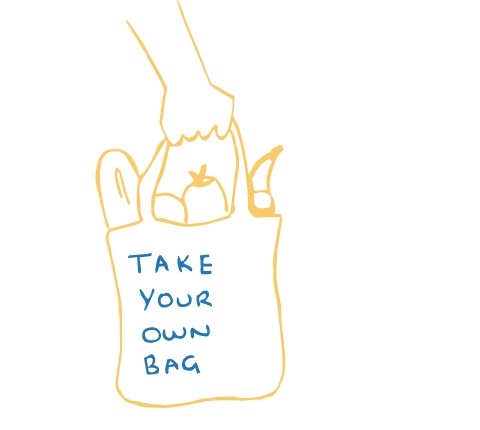 Freeloader at Art on the GreenWay

Unfortunately it's the end of the Art on the GreenWay show of 6 temporary environmental art works presented by Leichhardt Council and supported by NSW EPA Waste Less, Recycle More initiative funded by the waste levy, as part of the annual event LOST. A fab initiative supporting local artists who provide an innovative approach in questioning our ways with waste through a new view along the GreenWay, at the Iron Cove end.
Posted by swinkie at 20.3.16 No comments: 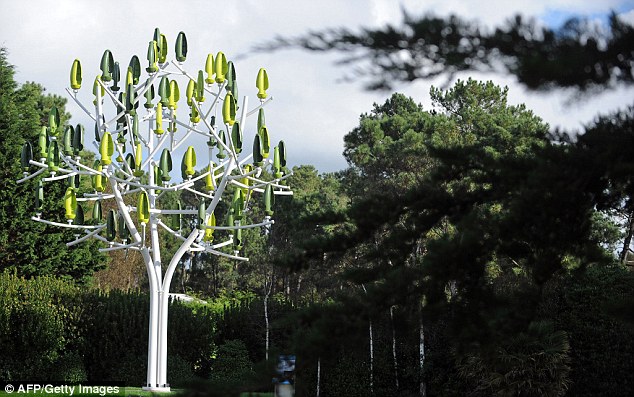 Email ThisBlogThis!Share to TwitterShare to FacebookShare to Pinterest
Labels: greenways

Art on the GreenWay

Wonderfully for the second year, Leichhardt Council has offered artists interested in Environmental Art a chance to win funds to create a temporary artwork for installation in the GreenWay.

Art on the GreenWay is a featured event of LOST, Leichhardt Open Studio Trail 2016  - see No. 34 on the LOST map

some good cheer and greenway shrubbery to you 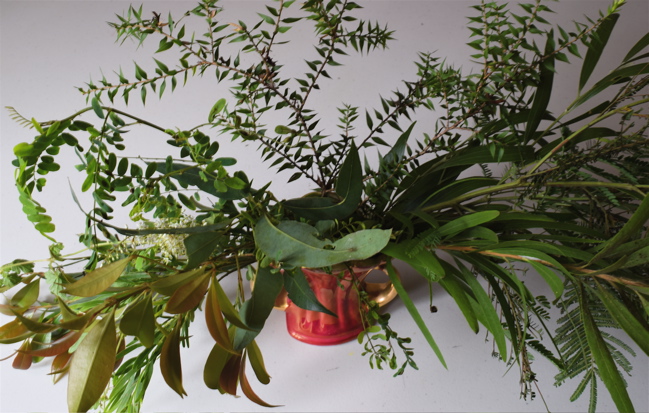 Email ThisBlogThis!Share to TwitterShare to FacebookShare to Pinterest
Labels: flora


Investigators looked at the distributions of 1,643 protected species in Australia, and counted up the number of these species that occurred in square-kilometer units across the continent. By comparing the cells found in cities with those located in non-urban areas, the researchers explored the relative importance of cities for conserving nationally-protected species.
All cities in Australia contained protected species, and 30% of the species listed as protected in Australia inhabited urban environments. Cities consistently supported a greater number of protected species than other areas.
The findings highlight the opportunities that cities present for tackling biodiversity loss.
"Our results show that to tackle species extinction we can no longer afford to ignore the places where most of us live and work," said Dr. Christopher Ives, co-lead author of the Global Ecology and Biogeography study. "In Australia, every city has a role to play in safeguarding the country's most threatened biodiversity." 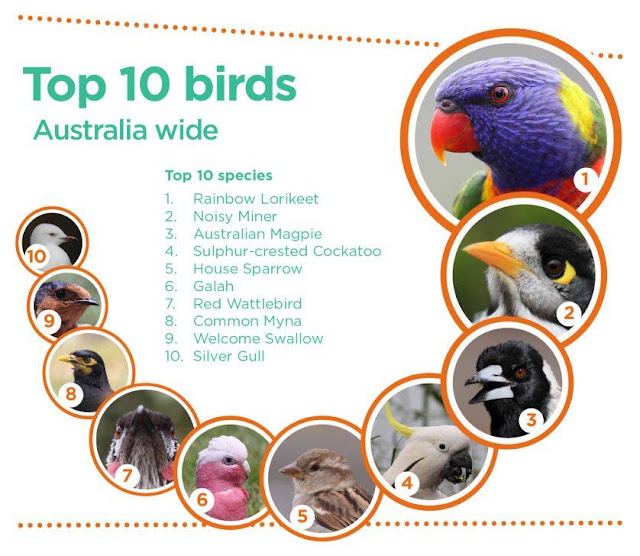 The Top 10 most common bird species in Australia remain unchanged from last year, with the Rainbow Lorikeet once again taking out the number one spot.

Check out the website for more details and to download the species results for Australia and your state: http://aussiebirdcount.org.au/results/

National Threatened Species Day is held on 7 September each year to commemorate the death of the last Tasmanian Tiger in 1936.

This National Threatened Species Day, BirdLife Australia turns its attention to five of our most endangered woodland birds to highlight the fragility of our wonderful birdlife and the ongoing need to protect them.

The Ashfield Community Gardeners are proud to announce the launch of our brand
new website at www.ashfieldcommunitygardeners.org

If you would like to try community gardening in Ashfield Council locale, please come along to one of our working bees at the times listed below.

Tall shrub to 3m high common in waste areas. The stems
are red tinged and the leaves are large and lobed, with
suppressed veins. The sap is white. Native to Africa. Often found along railway lines.
Flowers: Reddish green, flowers in summer.
Fruit/Seed: Green to black spiny fruit capsule occuring
in autumn. Seeds are speckled and bean-like.
Dispersal: Seed explosion from capsule, water.
Special Note: Seeds are highly toxic to humans and animals. 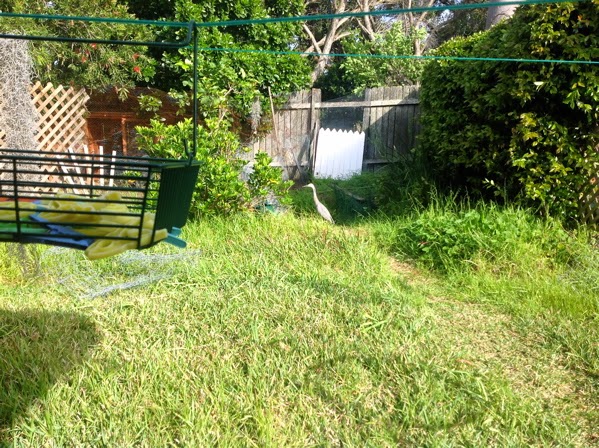 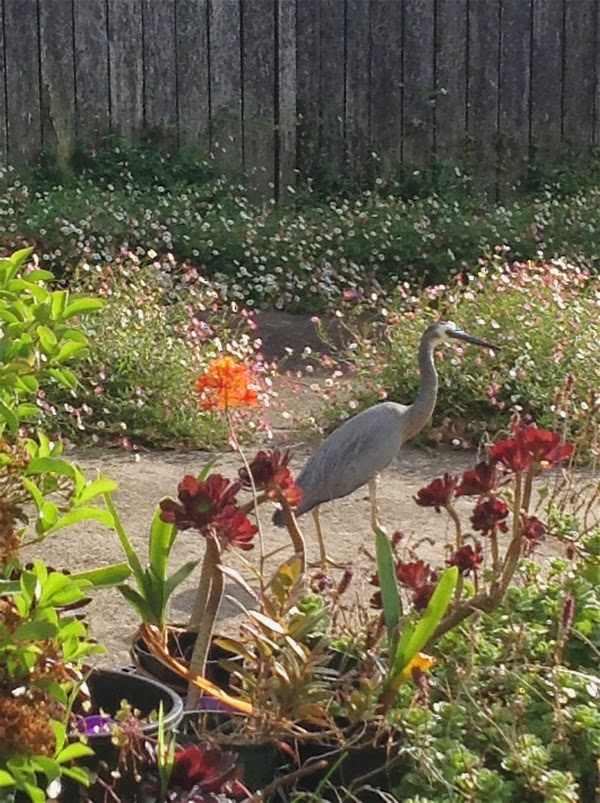 a White faced heron  visted my backyard this morning.. first time I have seen one at home! I am a little excited and it happens to be bird week where Bird Australia wants You to get involve in bird conservation.  "this year we invite you to take part in our new Aussie Backyard Bird Count. It’s easy and it’s fun, so hit the website to get a free app with a built-in field guide so you can get started."   I just did my count! 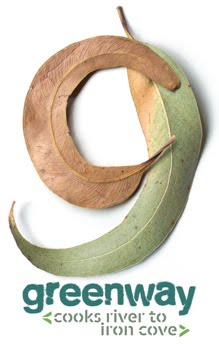 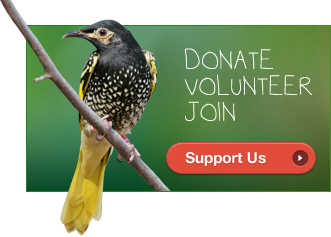